Dangling or Misplaced Modifiers on the SAT and the ACT 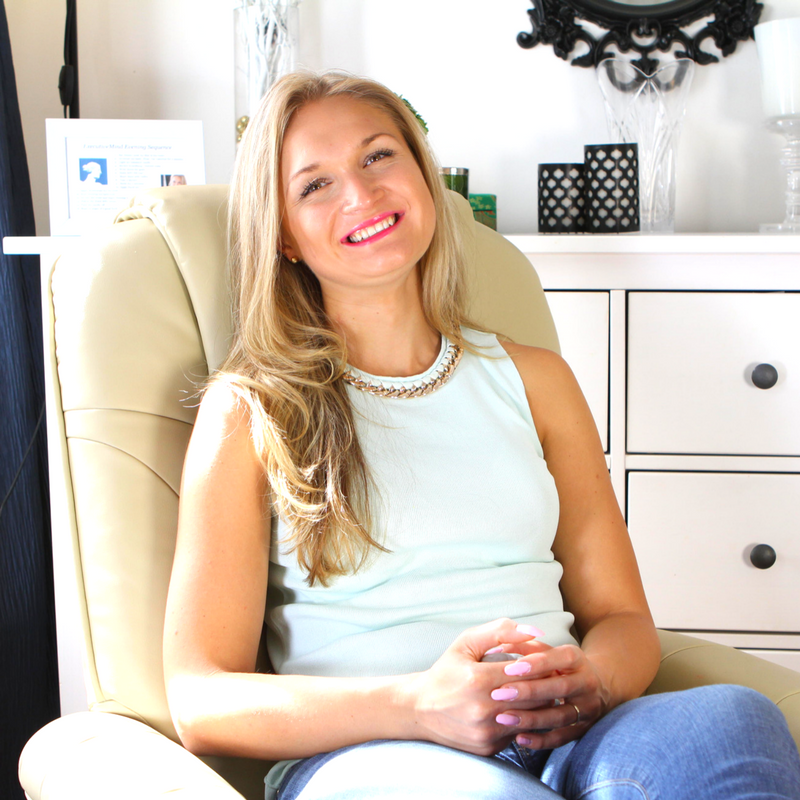 A dangling or misplaced modifier is the type of concept that gets tested on both the SAT and the ACT, so whichever test you take, you must be familiar with this rule. The SAT will include at least one problem on the test while the ACT may add as many as three problems on this rule in a single exam.

Before we dive deep into dangling and misplaced modifiers, let's first establish what a modifier is.

A modifier is a type of PHRASE that is missing a subject. For example

All of these phrases tell us what someone or something is doing without saying who or what is doing it. A modifier is a describing phrase that usually comes at the beginning of the sentence and is offset with a comma, and this phrase misses an "actor" or the subject.

How does a modifier become dangling or misplaced and how to fix it.

Smiling from ear to ear, David proudly showed his SAT score of 1520 on the College Board's website.

Ask yourself: Who was smiling from ear to ear? David! Not David's SAT score.

To avoid creating misplaced modifiers, make sure that a modifier is located next to the thing that is being modified.

Below is an example from the real SAT test. 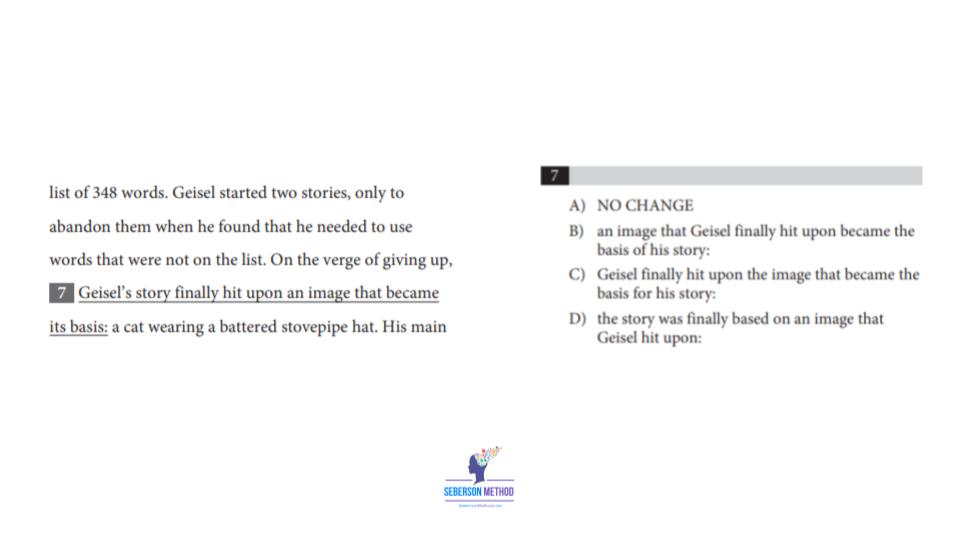 To start, let's identify a modifier - "On the verge of giving up"

Now, let's ask ourselves: "Who was on the verge of giving up?"

Clearly, the only possible answer could be C - Giesel.

How do I know I'm looking at the Modifier Question?

Modifier questions often look very similar. If you spot a modifier and four answer choices that all begin with a different noun, you are looking at a dangling or misplaced modifier question. 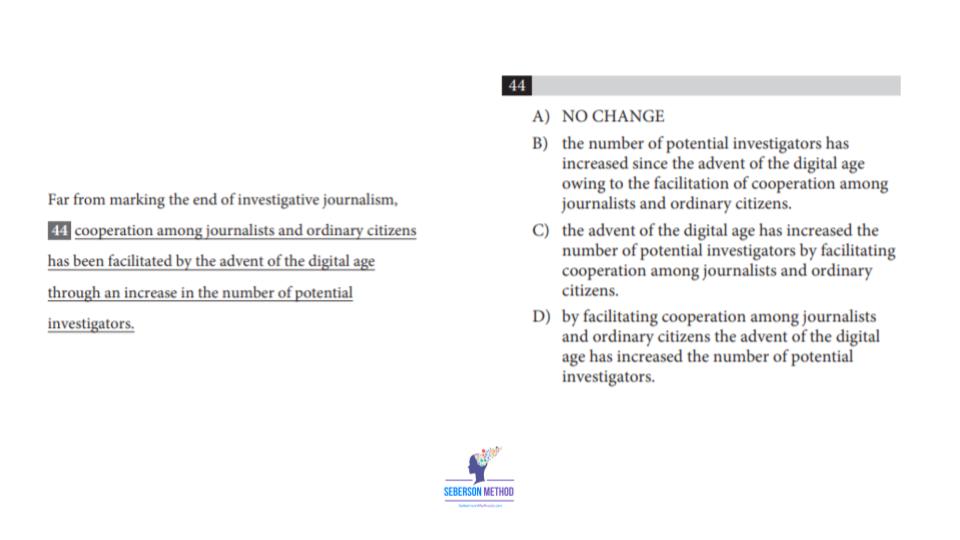 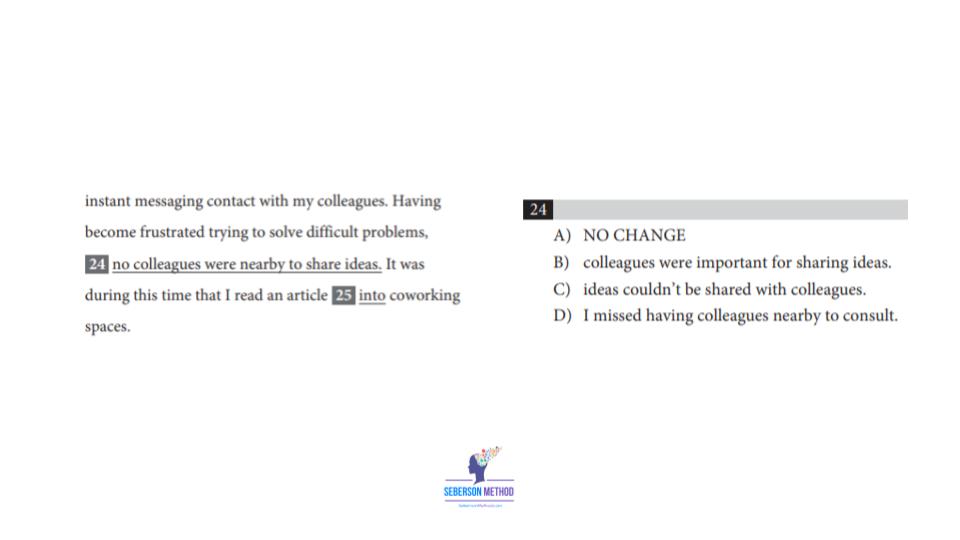 Here, we need to ask ourselves, Who was having become frustrated trying to solve difficult problems? Three out four answer choices present people

We can get rid of answer choice C as it's referring to ideas and ideas can not become frustrated. Now, we must consider all three answer choices and figure out which one makes sense. If you read the sentence as a whole, you will see that only D "I missed having colleagues nearby to consult" makes logical sense. 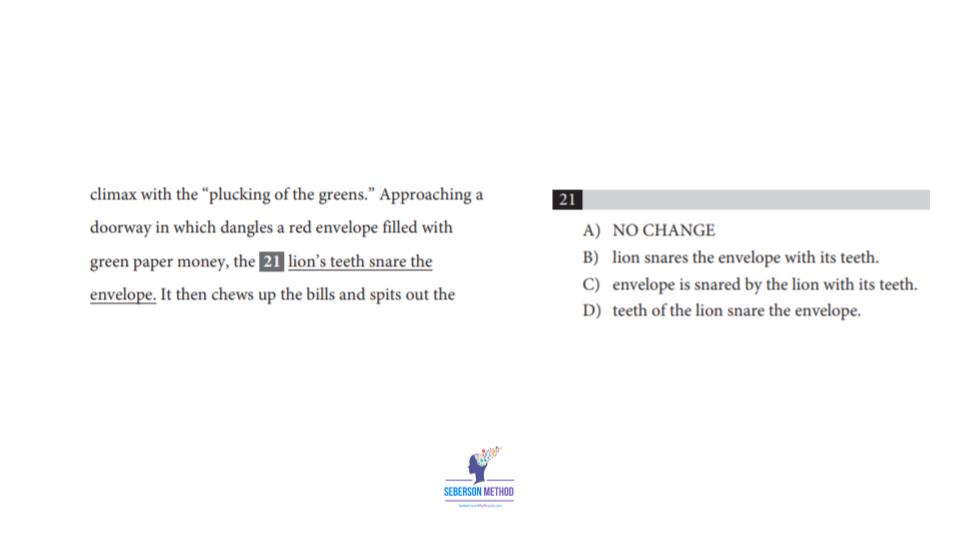 A) the lion's teeth

This passage is referring to a lion! Answer choice B is correct. We can eliminate A and D as they both refer to teeth, and we can't possibly pick between two identical answers.

One last example comes from a recent ACT 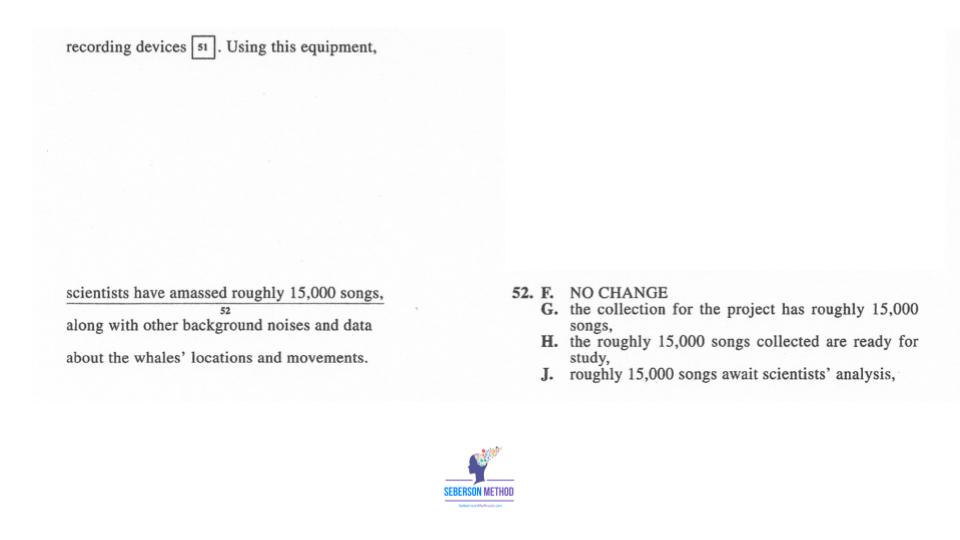 Your modifier is "using this equipment." The subject must be a person, and it must immediately follow a comma. On that premise, we can eliminate H and J that begin with roughly. Between F "scientists" and G " collection" we will choose F.

I hope this article helped you figure out what dangling and misplaced modifiers look like and how to tackle them. If you prefer to learn with video, you can watch my YouTube video on this topic. Just click a thumbnail below. 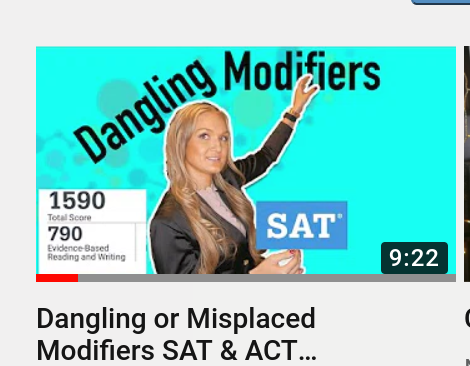